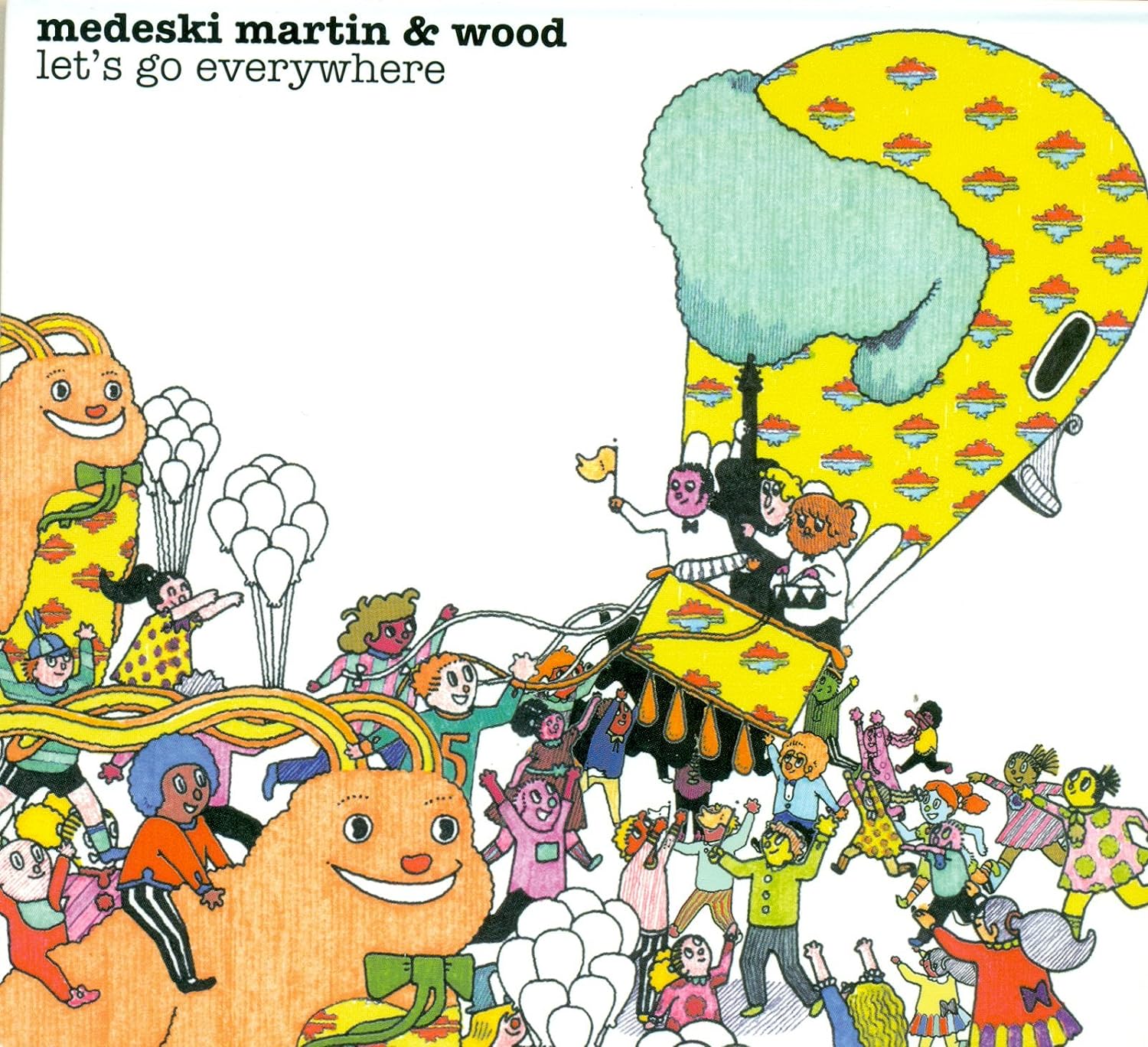 When John Medeski, Chris Wood and Billy Martin go into the studio to record any new album, they're never sure what will emerge. It was no different when the trio gathered in an upstate New York studio with a few concepts, a few musical ideas and a few friends, to create "b"Let's Go Everywhere, the first recording designed to please their youngest fans.

The group settled on the idea of a journey, of travel both literal and figurative. It proved to be a motivating concept. But we didn't have much going in, says Wood. It was a thread we followed as we improvised, composed and working through each piece on the spot. We call it spontaneous composition. Martin agrees that we really had very little figured out. Maybe a few ideas about a beat or a nursery rhyme we liked, but we went into the studio not knowing what would happen.

"p"Then the fun part began. Wood and Martin enlisted vocals from their children Nissa and Dakota. In the perfect party song, the band gets into a funky groove that stops suddenly, prompting enthusiastic young voices to shout, ''Where's the Music''? and the music to start up again. We got that idea from our kids love of musical chairs, explains Wood. As the party continued, the trio brought in other friends to add to the musical journey, including brother Oliver, John Lurie (Lounge Lizards), and inspired newcomer Tim ''Big Time'' Ingham. From the hard-core Meters-esque celebration Where's The Music to the Latin and Asian-tinged jazz of "i"Hickory Dickory Dock and "i"Far East Sweets, MMW and their friends will have your child moving their bodies, expanding their musical experience and sharing the joy of this very special group of musicians. "h3"Amazon.com "p""i"Let's Go Everywhere is the kind of record that kids-music insiders get all wound up about, and for a reason that can be summed up in two tidy little words: it's awesome. Yes, when classifications must be made, Medeski Martin amp; Wood are sometimes thrown into the jazz genre. And yes, as musicians go, they're a pretty sophisticated outfit. But that hasn't prevented them from maintaining a direct line with their pirate- and pat-a-cake-loving sides. Everywhere rules because it's un-self-consciously funky ("Cat Creep"), uncondescendingly cool ("Where's The Music"), and unspookily moody ("Far East Sweets"). It's so obviously the product of three guys who know how to grow grooves, but also know how to grow bonds with 4-year-olds, that it makes other kids albums seem audaciously contrived, not to mention intolerably boring. Retentive types won't flinch from filing it alongside classics such as Schoolhouse Rock, Really Rosie, and the Sesame Street compilations. And four out of five preschoolers--maybe more like 499 out of 500--won't disagree: Medeski Martin amp; Wood merit the inclusion. "i"--Tammy La Gorce